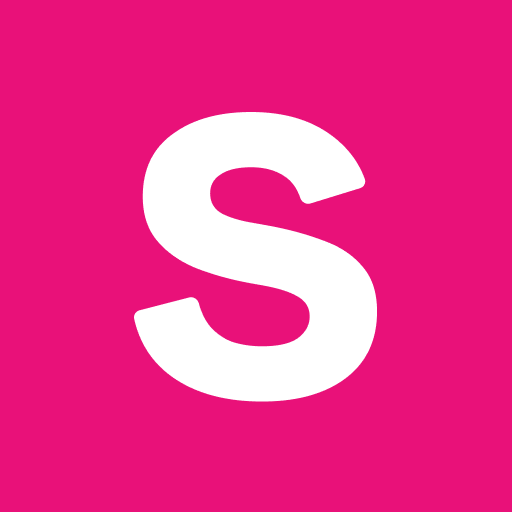 Curating Stride’s host-chain validator sets is a big responsibility, as it affects the decentralization of the blockchains served by Stride. Curation is ultimately in the hands of STRD holders, with guidance from key Cosmos community members.

Stride strongly believes in the decentralization ethos of Cosmos. Fifty percent of the STRD total supply has been allocated to free distribution to the Cosmos communities Stride serves, and much thought has been given to decentralizing the protocol in additional ways.

But Stride can’t settle for just decentralizing itself. As a liquid staking provider, it is incumbent upon Stride to consider how it affects the decentralization of the blockchains it serves.

To elaborate, a blockchain’s decentralization can be measured with the Nakamoto Coefficient, which is defined as the minimum number of blockchain nodes that could disrupt the network, if they failed or if they colluded to act maliciously. In the Cosmos context, that means the number of validators that collectively control ⅓ of staked tokens, because that is the percentage of staked tokens a group of validators needs to halt the blockchain. (For example, the Nakamoto Coefficient of Evmos is currently 5, meaning that if the top five validators stopped processing blocks then the blockchain would halt, since the top five collectively control ⅓ of staked tokens.)

When liquid staking providers only delegate to a few large validators, they lower the Nakamoto Coefficient, meaning that the blockchain becomes less decentralized.

So in a nutshell, Stride’s method of delegating its tokens has the potential to help or harm the decentralization of the blockchains it serves, especially since Stride will likely amass a significant amount of deposits. With great power comes great responsibility.

So while it is critically important for liquid staking providers to use their delegations to help decentralize the blockchains they support, it’s also important to consider validator quality.

Ultimately, Stride’s host-chain validator sets will be curated through Stride on-chain governance, where the STRD token is used to vote. This is one of the reasons Stride airdrops STRD to the communities of each new blockchain it on-boards. Doing so gives the community of each chain a say in determining the Stride validator set for their chain.

Stride uses inclusive validator sets, meaning any validator can be included. Ultimately, it is up to the Stride community to choose which validators are in the set and how each validator is weighted. For example, governance may decide to include every validator, but give a higher weighting to more deserving validators.

Each blockchain that Stride serves will have its own Stride validator set, meaning that a given validator may be weighted differently on different chains. For example, the validator Figment may be given a low weighting on a host-chain where it already has a large amount of delegations, to increase the Nakamoto Coefficient on that chain. At the same time, Figment may be given a high weighting on another chain where it has few delegations.

In order to assist the Stride community in their decision-making, Stride has partnered with key figures in the Cosmos community, who will provide insight into validator selection. One of these community members, Thyborg, a knowledgeable and respected community member, is working with the Cosmos community to develop a validator ranking framework. His framework gives validators a single score based on many factors, such as: previous slashing events, commission, voting history, contributions to the ecosystem, and so on. Along with other data points, this framework will be used to inform the discourse around Stride validator sets. To be clear, this will always be a public discourse, where Stride community members and anyone else can participate. But ultimately, it will be up to STRD token holders to approve or reject proposals to adjust chains’ validator sets.

Along with each proposal to adjust host-chain validator sets, information about how it would change the Nakamoto Coefficient will be provided. Also, statistics about each validator will also be included. STRD holders are not expected to be experts in Cosmos validators! Information will always be provided to them in an easy-to-understand way, which will help them make informed governance decisions.

To summarize, Stride uses inclusive validator sets, sets are curated to promote chain decentralization and reward worthy validators, and the Stride community gets the final say, via on-chain voting with STRD.

At present, the Stride validator set for Cosmos Hub consists of the top thirty validators who are not exchange validators or have commissions in excess of 15%. Validators in the set are weighted according to the existing ATOM distribution.

This set is not a good long-term solution, and was chosen with security in mind. Stride is a brand new blockchain (just one week old), and is the first ever blockchain to utilize interchain accounts and interchain queries technology at scale. Keeping the Cosmos Hub validator set simple at launch limited complexity and reduced the likelihood of something going wrong.

When Stride on-boards a new blockchain, there will always be a default set, determined by Stride contributors with input from key community members. But changes to the default set will always need governance approval from the community.

In the very near future, Stride governance will reorganize the Stride Cosmos Hub validator set, using the method described above.

Stride’s delegation method was chosen because it’s the best way of raising the Nakamoto Coefficient of host-chains, rewarding worthy validators, and democratizing the process whereby this is achieved. We strongly considered an intents based model, but after careful analysis believe intents based models would not be as safe as inclusive validator sets. If a better method is ever invented, the Stride community can pass a signaling proposal, and Stride contributors will implement that new method.

As the first Cosmos-wide liquid staking provider, Stride recognizes its responsibility to the communities it serves. Not only is Stride responsible for decentralizing itself (which makes the protocol more secure and responsive), but Stride is also responsible for helping to decentralize its host-chains.

We believe that the best way to handle delegations is curating inclusive validator sets with input from key community figures and ultimately subject to approval by the Stride community.